Electric vehicles used to be notorious for their slow speeds and acceleration, but that's not the case these days. With the likes of the Tesla Model S P90D and its “Ludicrous Mode,” many modern EVs are as sporty as they are environmentally friendly. Now, a new speed record has been set by a street-legal electric vehicle from the 70s.

The Flux Capacitor, named after everyone's favorite time-travelling DeLorean, is the work of British motoring journalist Jonny Smith. It’s a modified version of the Enfield 8000, a two-seater battery-electric city car built in the UK from 1973. Only a handful of the cars - powered by 12v batteries and 8hp (6kW) electric motors – were ever made.

This version has, of course, been heavily modified. It features twin 9-inch DC electric motors coupled directly to the wheels and the same type of lithium ion batteries used in the Bell Super Cobra attack helicopter. Another battery pack in the boot increased the power to 400V. All in all, the 1,874-lbs Flux Capacitor produces 800bhp and 1,200lb-ft of torque.

“Some calculations even say 1003hp,” says Jonny, “but the torque is the real killer. When we’ve got it really wound up it’s got pretty much double the torque of any Ferrari on sale now.” 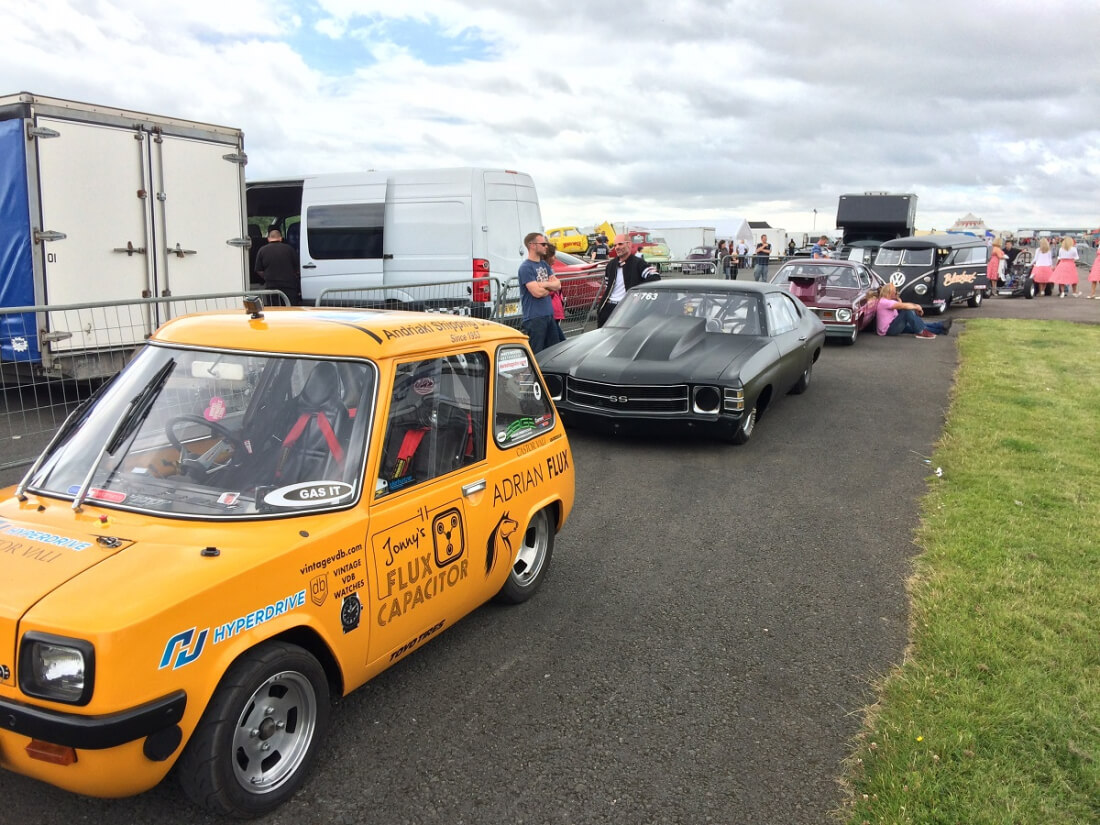 This new power helped the Flux Capacitor challenge the 10.25-second quarter-mile speed record for a street-legal electric car, which had been held by a modded 1972 Datsun called the White Zombie.

In addition to being a lot faster than when it rolled off the production line, the Enfield 8000 now has a range of around 50 miles instead of the original 30 miles. Check out the record-setting run in the video below.

Students from two universities in Sweden recently demonstrated the world’s fastest accelerating electric vehicle. The Grimsel can go from 0 – 60 in just 1.513 seconds, but unlike the Flux Capacitor, it’s a track-only car.